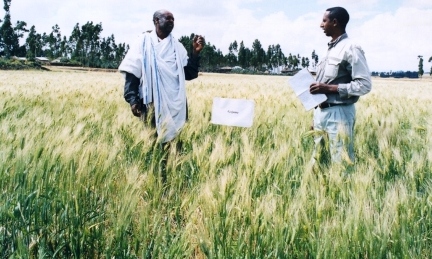 Landraces are genetically diverse populations that form a bridge between wild and modern cultivated varieties. Through human selection, adaptation and exchange of genes with wild species, they form an important genetic diversity that has evolved in local environments over long periods of time. Many small-scale farmers in Ethiopia and elsewhere in developing countries have often traditionally retained a diverse informal seed stock. The seed stock includes a range of varieties for several crops. This enables them to choose the variety that best suits the highly variable agroecological conditions.

A Dynamic Farmer Based Approach to the Conservation of Ethiopia’s Plant Genetic Resources Project funded by the Global Environment Facility (GEF) was initiated in 1994 addressing a neglected aspect of plant diversity that of indigenous crop varieties maintained by farmers in dynamic agro-ecosystems. This community-based in situ conservation project is designated to link farming communities and their varieties with the existing formal genetic resources conservation efforts of the Institute of Biodiversity Conservation by means of establishing community gene banks. 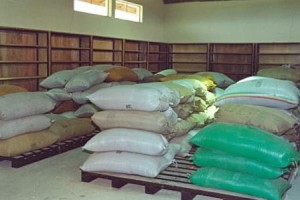 Agro-morphological, nutritional, biochemical and ethnobotanical studies were conducted on some of the crop species under in situ conservation. Crop germplasm samples originally collected from the in situ sites and maintained at the genebank were also restored at their respective sites. Indigenous knowledge of the farmers on their crop cultivars such as methods of selection, cultivation and use of different crops and cultivars, women’s knowledge and role, seed exchange and movement were surveyed and documented.

Conservation at the farm level allows for continuing farmer selection, interaction with the environment and gene exchange with the wild species so that evolution of landraces may continue.