There are about 30 major lakes, 12 major river basins and over 70 wetlands that are located in different ecological zones of Ethiopia. There are 188 fish species, 91 benthic and aquatic insects and 141 zooplankton species recorded so far from Ethiopia. 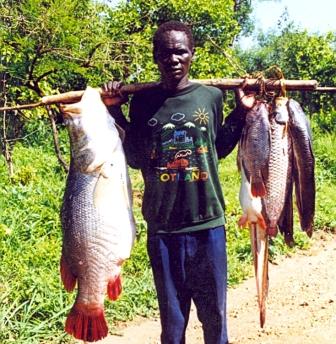 Estimating the exploitable potential yield of fish stocks under exploitation is the top priority work as the status of the fish stock should be known to decide on the amount of fish yield that can be exploited annually in a sustainable way with out endangering the fish biodiversity. A case of Lake Awassa is used to assess the situation of the fish biodiversity in the country as there is a time series data of more than 20 years on the lake. The fishery of Lake Awassa showed tremendous increase during the last 20 years. The number of fishermen increased from less than 20 in the early 80’s to over 100 in the 90’s and to a current number of about 100 legally registered and quite large number of unregistered fishermen. Similarly, the fishing efforts have shown significant increase during the last two decades. For example, during the early 80’s the fish catch, which was below 200 nets/day increased to 400-700 nets/day during the early 90’s and eventually leaped to over 1000 nets/day in the late 90’s. Currently, the catch ranges between 1000 and 1500 nets/day. Total landings have shown increase for some time in the years and started to oscillate between 600 and 700 tons/year although the fishing effort has persistently increased up until this day. This is quite an indication of over fishing, in particular concerning the heavily fished tilapia stock. Two decades ago, the catch per net of tilapia was about 25 to 30 fish/net. But currently, it rarely exceeds 5 fish per net. Hence, tilapia is the most endangered stock from the increased fishing efforts and reliving part of the fishing pressure from this stock is urgently required. It is obvious that the fish resource would decrease and in due time the catch would start to drop even with increasing fishing effort. The consequence on the fish biodiversity would be quite immense. 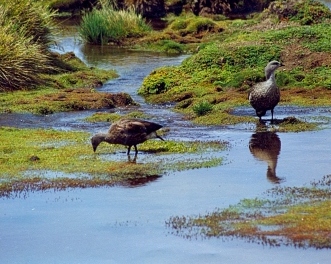 Cat fish is becoming more dominant than tilapia in areas where the later was highly dominant (e.g. Ziway). The fish diversity in Abijata is highly threatened by the increased water abduction, high siltation and change in habitat with change in water chemistry and soil type from sandy to sandy clay and clay soil. Lake Awassa is highly polluted by city waste and a nearby hospital, threatening the biodiversity therein.

The major threats to aquatic and wetland wild animals are habitat loss & degradation, siltation as a result of catchments degradation, over-harvesting, unbalanced water utilization, change in water flow (flow modification), silt mining, draining of wetlands for other land use, and pollution.