Global food security has become increasingly dependent on only a handful of crops. Over 50 percent of the global requirement for proteins and calories are met by just three, maize, wheat and rice. Only 150 crops are traded on a significant global scale. Yet, surveys indicate there are over 7 000 plant species across the world that are cultivated or harvested from the wild for food.

These neglected and underutilized species play a crucial role in the food security, income generation and food culture of the rural poor. Lack of attention has meant that their potential value is under-estimated and under-exploited. It also places them in danger of continued genetic erosion and disappearance. This would further restrict development options for the poor.

What are neglected and underutilized species?

The use of the two terms, neglected and underutilized, has the advantage of pinpointing two crucial aspects of these species. They highlight the degree of attention paid by users and the level of research and conservation efforts spent on them.

Neglected crops are those grown primarily in their centres of origin or centres of diversity by traditional farmers, where they are still important for the subsistence of local communities. Some species may be globally distributed, but tend to occupy special niches in the local ecology and in production and consumption systems. While these crops continue to be maintained by cultural preferences and traditional practices, they remain inadequately characterized, and neglected by research and conservation.

Underutilized crops were once more widely grown but are falling into disuse for a number of reasons. Farmers and consumers are using these crops less because they are in some way not competitive with other crop species in the same agricultural environment. The decline of these crops may erode the genetic base and preventing the use of distinctive useful traits in crop adaptation and improvement.

They can improve nutrition levels

Many neglected and underutilized species are nutritionally rich and are adapted to low input agriculture. The erosion of these species can have immediate consequences on the nutritional status and food security of the poor. Wild, semi-domesticated or fully cultivated, these species are important for the well being of local communities. Their enhanced use can bring about better nutrition and fight hidden hunger.

For example, the Vitamin C in the underutilized fruit Barbados cherry –Malpighia glabra- is ten times higher than in the kiwi fruit, which is notably very rich in this micro nutrient.

The nutritional value of the Himalayan chenopod grains, Chenopodium spp., sometimes called pseudocereals is superior to that of most major cereals.

The vitamin A content of many underutilized leafy vegetable species used in Sub-Saharan Africa is comparatively higher than other well established vegetable crops such as spinach.

Another example is that of bambara groundnut (Vigna subterranea), a neglected pulse from Africa, whose seeds are rich in protein (24%) with levels of the essential amino acid methionine higher than that found in most other grain legumes.

They can improve incomes

Surveys in Vietnam reveal that income generated by home gardens in that country is comparatively better in those gardens where there is a higher number of food crops grown by farmers. Yet, a great part of the species cultivated in these home gardens belongs to the category of underutilized and neglected crops.

Growing market opportunities for these species may generate additional income to those poor farmers in less favored environments where these crops have comparative advantages over staples or major crops. For example, the use of minor forest products in India is estimated to generate employment to more than 10 million people per year.

The ability of modern technologies to transform crops and other plants into diverse products, to extend their shelf life, to improve their transformation by agro-industries are also new opportunities to strengthen the marketing of these species and their products. In this regard, the greater the extent or types of uses, the better the opportunities for improving the status of underutilized and neglected species. For example, the breadfruit (Artocarpus altilis) a multipurpose agro-forestry tree popular across the Pacific and the Caribbean regions, is a typical example of a highly nutritive species whose versatile applications are still largely untapped by the market. Immature fruits can be pickled or marinated, boiled mature fruits and ripe ones are used in countless recipes as vegetables or in confectionery for making cakes and desserts. Its seeds are eaten roasted, boiled or smashed into puree. It’s timber is used in construction and bark and leaves are popular in traditional medicine. The male inflorescence are used as repellent for mosquitoes and as fruit and seeds as animal feed.

They can improve environmental health

Climate change and the degradation of land and water resources have led to a growing interest for crops and species that are adapted to difficult environments.

Many neglected and underutilized species are recorded to occur wild or under cultivation in these areas. In many instances these species are the only crops that can cope with such harsh environments unfit for other crops, where they can provide sustainable productions. In this way, they contribute significantly to maintain diversity rich and hence more stable agro-ecosystems.

This is the case for example of colocynth (Citrullus colocynthus), a multiple uses cucurbit species indigenous to India) characterized by exceptional soil binding and drought resistance capacities. 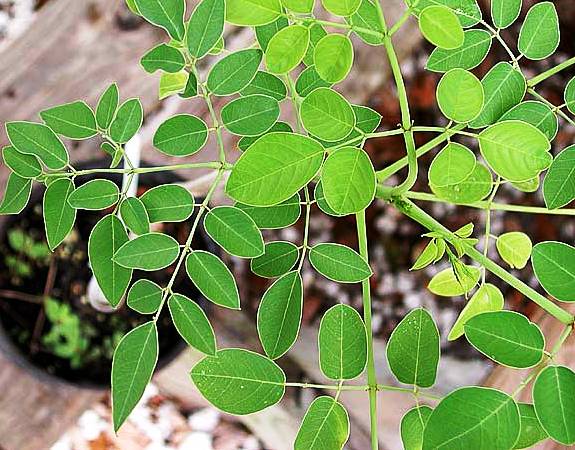 Moringa (Moringa stenopetala), an evergreen cabbage tree of  Ethiopia  that has many uses, including food, feed, landscaping, afforestation and wind-breaking, is able to grow successfully in prevailing lowland poor soils and dry habitats.

Safflower (Carthamus tinctorius), an ancient crop source of edible seed oil and natural colors locally grown in Asia, Africa and the Mediterranean) is tolerant to both drought and salt tolerance conditions.

Surveys in West Java, Indonesia, reported the presence of more than 230 species present in cropping systems, most of these underutilized. Their presence is essential for the healthy maintenance of agro-ecosystems in that region.

Conservation and research is needed

The success of the breeding programs of major crops has depended by and large on the amount of genetic diversity collected during hundreds of germplasm collecting missions. Today, more than 6 million accessions of plant genetic resources for food and agriculture are stored in ca 300 germplasm collections around the world. Although the number of these mainly ex situ accessions is an impressive one, a close analysis of the type of crops conserved is rather disappointing. Almost 80 percent of these accessions belong to major crops and their close relatives. The remaining 20 percent, which includes neglected and underutilized crops, are represented on average by only around eight accessions per species.

Thousands of species, a great part of the plant biodiversity used around the world have never entered a gene bank. As for those species that have been collected and placed in ex situ collections, there are also serious questions as to whether adequate measures have been taken for their rejuvenation, multiplication and evaluation.

The poor status of underutilized and neglected species conservation severely hinders their successful improvement and promotion. Efforts need to be directed towards the better maintenance of their resource base, both through ex situ and in situ conservation methods, to ensure their development and their sustainable use by present and future generations.

We also do not know enough about their ecology or how to improve varieties’ yield and quality, and little has been done to identify the most effective commercialization, marketing and policy frameworks to promote their use and maximize their economic value.

All of these factors represent impediments for successful promotion and conservation of the species.